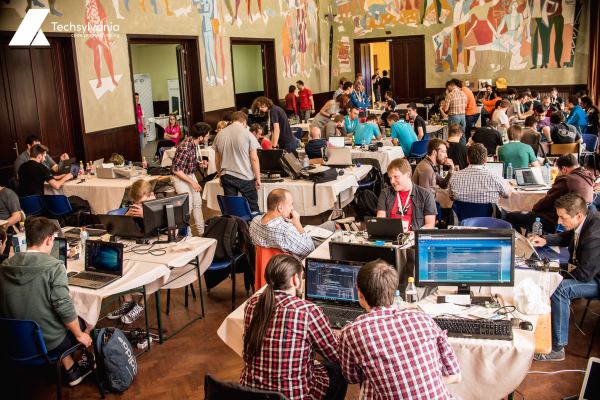 Students Culture Hall from Cluj hosted for two days the Techsylvania Hackathon, a creativity and development challenge organised during 3rd edition of Techsylvania innovation and technology event. The creativity development competition focused on last moment wearable and connected technologies. One of the special guest interested in hackathon ideas was Mark Shuttleworth founder of Ubuntu and one of the most awaited speakers at this Techsylvania edition.

For 24 hours 130 developers organised in 17 teams had the opportunity to explore the last technology gadgets and to build specific applications. In the final stage, each team had only 4 minutes to demonstrate their abilities. Between the gadgets presented was DJI and Parrot drones, Virtual Reality devices like Oculus Rift and Merge VR, smart watches from Apple, Alcatel, Google and Vector, or motion smart devices like Leap Motion and Eyetribe Tracker.

The big winner of the Techsylvania Hackathon is Green Box team which created a solution to increasing efficiency of solar power panels. A dedicated application which better manages the pills administration and send health notification to personal doctor developed by Dr. Alexa team won the second award. The third place award was won by Grip It team which designed a product that uses data provided by Force Sensitive Resistors on a climbing hold for viewers to improve climbers’ performances and better understanding the climbing sport.

Other two special prizes offered by Techsylvania sponsors rewarded interesting solution. Dronesylvania team won the HTC special prize with a drone rescues solution for mapping incident area, live stream images to a server, persons or objects identification and positioning data transmission. The Vector special prize was won by Penguins, a device that measures the number of people in a building, providing an efficient solution for institution queues and ticketing. 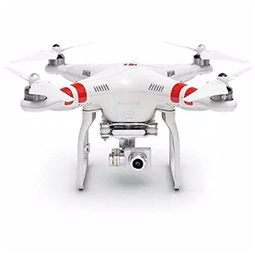 For a complete image of the high level and diversity of projects will shortly present all other solutions developed in Techsylvania Hackathon:

All awarded teams won free passes to Techsylvania conference, personalized mentoring sessions, and a series of gadgets and devices presented in the competition.

This site uses Akismet to reduce spam. Learn how your comment data is processed.